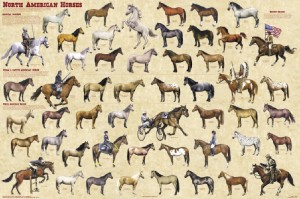 Obama’s, “Fewer Horses and Bayonets“, comment during the foreign policy debate was quite the blow to Romney.  If you start to see this viral comment from the final presidential debate you can now see where it came from.

“You mention the Navy, for example, and the fact that we have fewer ships than we did in 1916. Well governor, we also have fewer horses and bayonets,” Obama said during the final presidential debate. “We have these things called aircraft carriers and planes land on them. We have ships that go underwater, nuclear submarines.”