Washington and Colorado residents rejoice today as President Obama comments on legal marijuana in an official statement aimed at the question of whether federal law enforcement officers should crack down on pot. 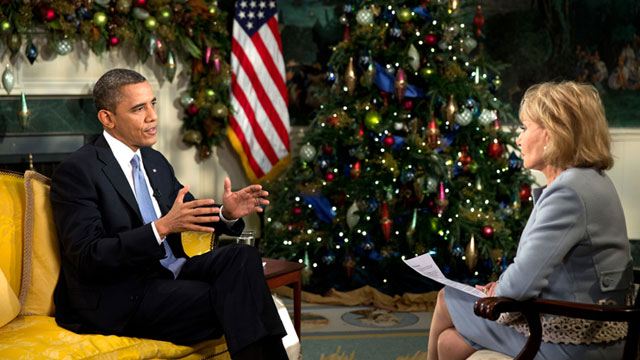 “It does not make sense from a prioritization point of view for us to focus on recreational drug users in a state that has already said that under state law that’s legal,” Obama told ABC News during an interview.

“At this point [in] Washington and Colorado, you’ve seen the voters speak on this issue. And, as it is, the federal government has a lot to do when it comes to criminal prosecutions.”

Still, the Department of Justice remains vigilante in informing the public that marijuana remains a controlled substance by the federal government, and when asked if Drug Enforcement Administration agents were arresting people in possession of pot, spokeswoman Dawn Dearden stated that the “DEA’s focus has always been to disrupt and dismantle large-scale drug trafficking organization – not to arrest individual users.”

Obama expanded upon legalized marijuana in Washington and Colorado by saying it’s “a tough problem, because Congress has not yet changed the law.” He went on to say that lawmakers and Congress must have a conversation about how to mesh the aforementioned states’ laws with the current federal ones.

Obama asked U.S. Attorney General Eric Holder to examine the issue. Earlier this week Holder said, “I think we will come up with a policy that will be respective of federal law buy also will make sure we are effective in our fight against crime that truly has an impact on the American people.”

While Obama’s comments on legalized marijuana give Washington and Colorado pot users something to be happy about, the rest of the country continues pondering how this strange legal situation will play out, and if other states will legalize pot, too.