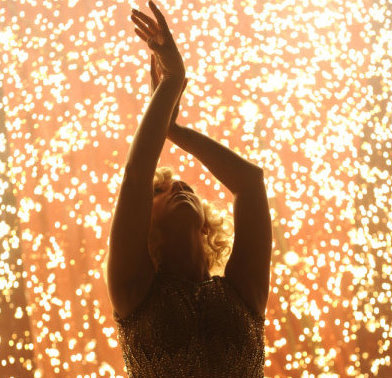 Britney Spears (@britneyspears) got excited on Twitter yesterday about her new single “3”.

She announced at around 2pm EST on Twitter that “3” is now available on iTunes:

“Britney’s brand new single, 3, is now available on iTunes. Download it now and tell your friends!”


And then around 5pm EST, Britney announced again on Twitter that she was in her second day of shooting a new video for the single “3“:

Britney Spears (@britneyspears) is currently ranked #4 by Twitterholic with over 3.4 million followers on Twitter – wow… that’s a lot! 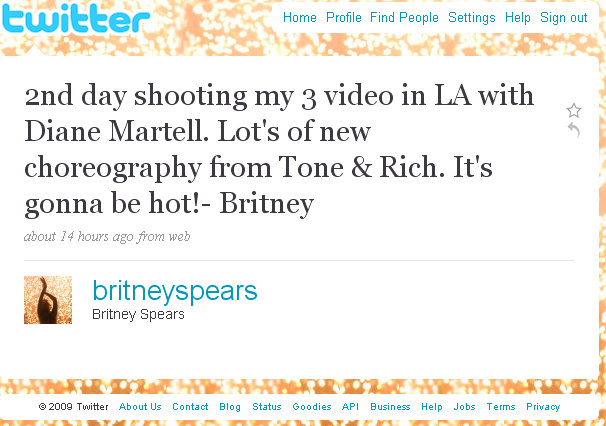 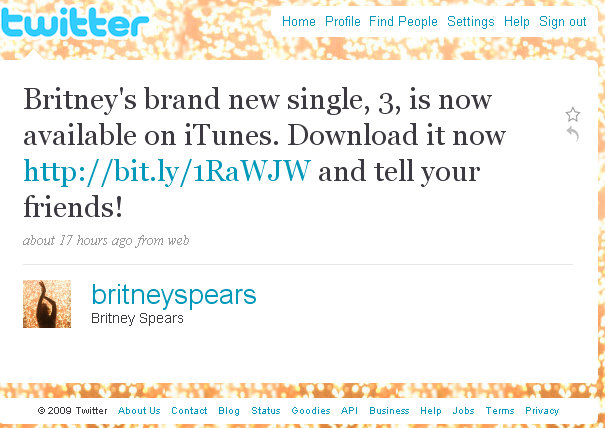