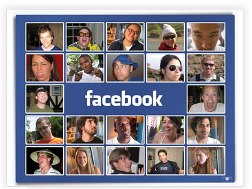 Facebook Groups have always been a part of the Facebook platform.  However, up until now, when you joined a group you had to keep coming back to the group’s page to see what people are saying.

The new update to Facebook Groups, just announced yesterday, is designed to make it easier for you to follow what your friends are saying within groups that you both joined.

So if you and I are friends – and we are both members of the same group – then we will see, on our own wall news stream, what each other is saying within that group.  Basically, the new update allows you to follow what other friends are saying in groups you  are both part of.

The difference is substantial actually – here it is:

With Facebook Groups, you are only going to see updates in your news stream when one of your friends says something or shares something on that group’s page.  And you will only see that friend’s update if you are also part of that group.  Plus, the Facebook Group administrator (or creator) does not have broadcast capabilities, which means only your friends updates are viewable.

With a Facebook Fan Page, the admin (the creator, business owner, etc…) has broadcast capabilities meaning they can post content and all of the fans of that page will receive the update their Facebook wall news stream.  Also with Fan Pages, you’ll not only see the broadcast messages of the admin, but you’ll aslo see the content updates (responses, posts, links, etc…) from all the other “Fans” of that page, directly in your Facebook wall news stream.

So becoming a Fan of a Facebook Page allows all fans to see what all other fans are saying in response to the admins (or creator’s) broadcast messages.