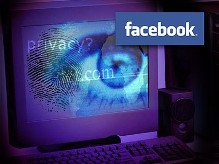 As you recall, back in December, Facebook took extraordinary measures to put privacy control back into your hands.  A lot of people felt that Facebook was trying to extract more personal data from its users for the sake of targeted advertising.   But according to Facebook, the move was specifically designed to inform and empower you, the use.  And Facebook is claiming that 35% of its 350 million users responded and adjusted their privacy settings – something Facebook is “psyched about”.

Facebook Director of Public Policy Tim Sparapani said that something different actually happened. Specifically, a third of users, who were also people who had never previously engaged with their settings, did so upon Facebook’s prompt. 35% to be exact.

That might not sound like a particularly impressive number to those not steeped in the issues of online privacy (like us), but Sparapani told BayNewser after his panel that that the industry average for users’ actively engaging with their settings is actually between 5-10%.

Sparapani wouldn’t disclose the proportion of Facebook’s 350 million users who had fiddled with their settings before the December changes. But he did say that the 35% engagement number constituted a “substantial advancement” over the previous number.

Sparapani told the audience at the panel that Facebook is quite pleased with the results of the changes.

“What happened was something really quite remarkable. Facebook put in front of our 350 million active users a moment when we said, ‘Please stop and think about privacy. Here’s what’s actually happening with your information. Here’s where we think the information is important to you, and here’s the controls you can use to exercise as much or as little control as you want….’

“Almost 35% of our users actually customized their settings…. They took control of their data, perhaps for the first time. 35% of 350 million users is an extraordinary number…. We’re pretty psyched about it.”