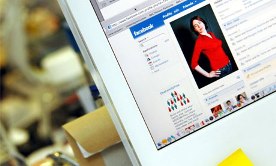 A class action lawsuit has been filed against Facebook over changes that the social networking site made to its privacy settings last November and December.

The lawsuit, filed in U.S. District Court for the Northern District of California, alleges that the modifications have in reality reduced privacy protections for Facebook users rather than increasing it, as the company had claimed it would.

Read the whole story at Macworld.com