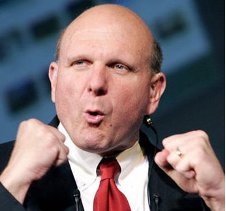 Steve Ballmer made a very bold statement today at the Search Marketing West Expo in California.  He said that Microsoft might actually acquire Twitter “one day in the not too distant future”.

Sorry Mr. Ballmer, but I just don’t believe for a minute that Twitter would sell out to a company like Microsoft.

I especially can’t believe that Twitter will sell out to Microsoft considering the terrible track record and reputation Microsoft has built recently.

So what would make Microsoft so important that Twitter would actually sell out to them now?