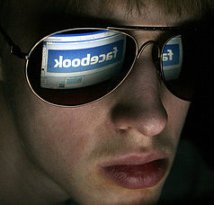 Of course, since I’m writing this article you may have already guessed that I have the answers!

According to an Epoch Times article, “forecast figures for social networking giant Facebook Inc. could see its value reach $11.5 billion based on calculations by a SharesPost Inc., an online trading platform.”

SharesPost tracks values of private companies, and acts as a private-company exchange for buyers and sellers directly without brokers and commission.

The appraisal of Facebook, a popular online-based social networking platform, is in line with investors’ valuation for the company. In 2007, Microsoft Corp.
bought a 1.6 percent stake in Facebook that valued it at $15 billion. Last year, Russia-based investor Digital Sky Technologies bought a 1.96 percent stake that valued the company at around $10 billion.

Twitter, the San Francisco-based micro-blogging site, is the third-largest U.S. social networking site behind Facebook and the Beverly Hills, Calif.-based MySpace. Twitter was valued at $1.44 billion in the index.”