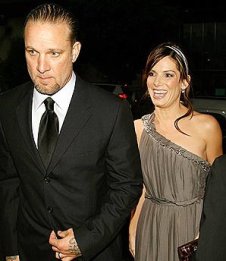 Jesse James first issued an apology for having an affair, and now he is taking the additional step of heading into rehab.

Jesse James has checked himself into a treatment facility in the hope of saving his marriage to actress Sandra Bullock.

“Jesse checked himself into a treatment facility to deal with personal issues,” his rep told People magazine. “He realized that this time was crucial to help himself, help his family, and help save his marriage.”

His agent did not comment on the type of treatment that Jesse James was admitting himself for.

The facility that James is admitting himself into is in Sierra Tucson in Arizona.

The clinic specializes in drug, alcohol, and sex addiction. James checked in on Friday.

There is a show on CNN's Headline News Channel called "Issues" that says they have new information on Jesse going to s*x rehab. I bet there are plenty of drugs involved too. He looks pasty and unhealthy. Probably pharmies. The host of "Issues" is a recovering alcoholic so she will probably be able to tell what is really going on.