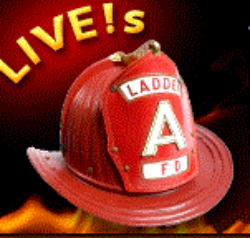 Each week beginning on May 17, 2010, five firehouse chefs will be announced on “LIVE! with Regis and Kelly”, and talk show viewers can vote on their favorite firehouse recipes. By the end of the summer, one lucky firefighter will not only win $10,000, but the winning Firefighter and their recipe will also appear in Better Homes and Gardens magazine.

Recipes can be submitted on LIVE’s website, LiveRegisAndKelly.com. Each week a nominated firehouse chef will compete on “LIVE! with Regis and Kelly” with a panel of judges including BBQ master Chef Adam Perry Lang.

According to Regis Philbin and Kelly Ripa, you could still win even if you’re not a firefighter. Voting for your favorite dishes all summer long could get you a vacation for two to New York City. Regis and Kelly have partnered with Bush’s Grillin’ Beans to make this yummy contest possible.

Enter the “Coast to Coast Firehouse Cook-Off” by checking out their official rules here.