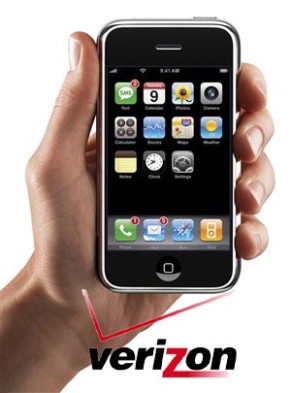 Monday is the big day for Apple and Steve Jobs because it will mark the launch of WWDC (Worldwide Developers Conference) for 2010. Traditionally, Steve Jobs has opened the WWDC conferences with a keynote speech and this year will be no different. It has been announced, and already widely discussed online that Steve Jobs will be the opening act at WWDC with a keynote speech.

A lot of speculation is flying around the web as to what Steve Jobs will be discussing during his opening key note speech. And much of the world is really only hoping to hear one thing – an iPhone 4G announcement.

Even beyond an iPhone 4G announcement, I would love to hear that Apple will be joining Verizon as an expansion carrier for their new and existing iPhones. Although it is already well known that Apple has extended their exclusivity contract with AT&T through the end of this year, that does not mean that Apple cannot announce an expansion to Verizon to start in the first quarter of next year.

So what are you expecting to hear from Steve Jobs on Monday during the WWDC2010 keynote speech?

Do you expect to hear about a new iPhone 4G?

What about an expansion of the new iPhone to Verizon and beyond?

Verizon's CEO has already announced that it has no plans in the near future to incorporate any apple product. Get your sources before making conjectures like this… Apple + Verizon certainly won't happen.

Its good to see Steve Jobs pulling this one, even we already have seen those leaks before. I think it's not only great. But Magical as well, in a sense that they manage to improve the 3GS iPhone.

Although, I was realy hoping that announcement of iPhone landing on Red V. Anyway, I guess we'll know more sooner. All the questions about iPhone 4 answered.

If the iphone would have been released on all 4 major carriers in 07. Apple would have dominated the smartphone market indefinetly, but because of their desire to ride with at&t , the iphone will not have the oportunity to dominate like it once could have. That oportunity has passed. Android has made enough progress that many will not go to apple at this point.

wow now finally day is come , apple is going to launch my favorite mobile today, i am so excited to watch this event and want to know more and more about apple iphone 4G/HD

I doubt that Jobs will announce a Verizon iPhone beginning next year since that would likely reduce sales this year. Any such announcement would occur, if ever, when the product could be put on the market at the same time as the announcement.