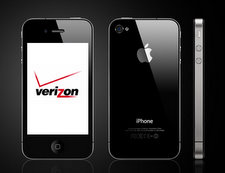 The long awaited, and much rumored Verizon iPhone is said to be on the way in January 2011.

According to a Bloomberg report – and associated video release – the iPhone will be available via Verizon starting in January 2011. This of course means that the long stranglehold that AT&T has had on the iPhone since 2007.

With AT&T being the exclusive carrier of Apple’s new iPhone 4, AT&T has been able to lock in a massive army of iPhone customers for the next 2 years. So the strategy from AT&T has apparently been to ensure that Apple utilizes them for the iPhone 4 launch, and then to bite the bullet with a Verizon iPhone announcement post iPhone 4 launch.

With the iPhone 4 coming to market, Verizon customers had to once again sit on the sidelines and fore go the iPhone 4 craze. However, companies like Samsung, HTC, Palm have seen this opportunity on the Verizon network and started developing their own touch data phones to compete with the iPhone – most of which are now powered by Google Android OS.

So come January 2011, will you be standing in line at the Verizon store waiting to purchase your new iPhone?