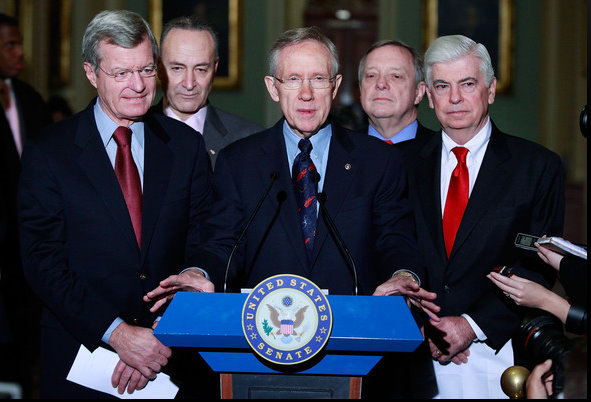 The almost certain passage of a bill that will extend jobless benefits has just cleared the Senate with a vote of 60-40 in favor of the bill. Nearly all 60 of the “yes” votes came from the Democratic party.

The New York Times is reporting that “with the bare minimum of votes required to avoid a filibuster, the bill to extend unemployment benefits cleared the most important procedural hurdle in the Senate and advanced to a final vote and all but certain passage, expected later today. Democrats in the Senate moved ahead with the bill after an interim appointee, Carte Goodwin, was sworn in this afternoon to fill the West Virginia seat left vacant by the death of Robert C. Byrd and provide the 60th yes in a largely party-line vote. The bill is expected to be approved by the House of Representatives on Wednesday.

In a time where jobs are bleeding from our country, the new jobless benefits extension bill would have been difficult to stop, especially from a political perspective.

It’s a hard thing to convince those who are without jobs right now that extending the jobless claims isn’t a good idea – just find someone who is out of work and ask them!