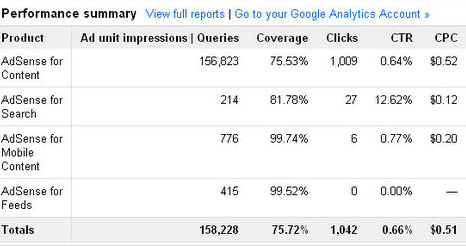 Google has launched the new Adsense interface (beta) worldwide as of today. My initial response to the new interface is one of slight frustration. One of the most valuable data points for me to see in my Adsense account is the channel performance ranked, in most cases, by eCPM.

For example, I want to know what channels are performing better than others, especially since I’m constantly split testing different strategies. And in the new Adsense interface, I’m finding it very difficult to get reports on a per channel basis like I’m used to with the now old interface.

But, I realize it’s new and I haven’t spent a large amount of time yet checking it. Again, these are just my initial observations.

If you’re an Adsense user, what are your thoughts of the new Google Adsense interface?

You can check it out at www.google.com/ads/newadsense.