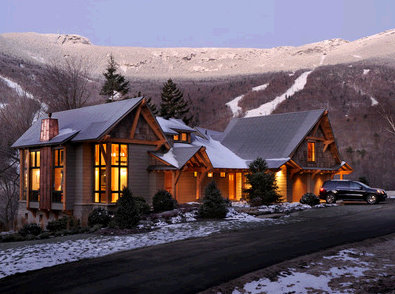 The newest HGTV Dream Home 2011 has been announced and it’s a luxury filled mountain home in Stowe, Vermont.

The announcement came during the HGTV special on New Year’s Day.

The spectacular home, nestled beneath the magnificent Mt. Mansfield, is part of a $2 million grand-prize package that includes a 2011 GMC® Acadia® Denali® and $500,000 cash. The prize will be awarded to one lucky viewer in March, 2011. Until then, online users can see a photo gallery and a 360-degree virtual tour of the custom-designed home at HGTV.com/dreamhome.

The HGTV Dream Home Giveaway 2011 will be open for entries beginning Saturday, January 1 at 9 a.m. ET through Friday, February 18 at 5 p.m. ET. Entrants may enter once per day on HGTV.com as well as once per day on HGTV’s Frontdoor.com or as often as they wish by regular mail.