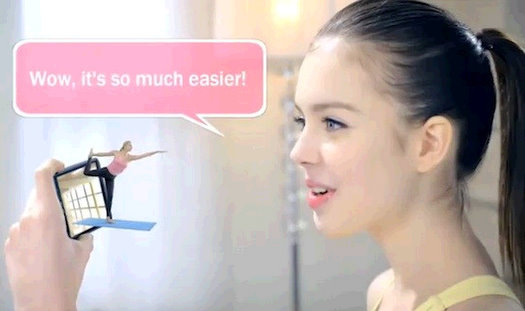 Just yesterday, AT&T announced the purchase of T-Mobile for around $39 billion.  And now today, right on the heels of the big acquisition news, AT&T issues a press release announcing the LG Thrill 4G smartphone.  The Thrill 4G will be the first smartphone in the US market with a 4.3 inch stereoscope 3D display that does not require special 3D glasses.  The Thrill 4G is powered by Android 2.2 (Froyo), with no word on an upgrade to the 2.3 (Gingerbread). According to AT&T, the Thrill 4G will launch “in the coming months.”

Below is the AT&T press release issued this morning:

Pair of 4.3-inch Smartphones For Best-in-Class Portfolio Include the LG Thrill 4G With Glasses-free 3D Experience, in Addition to the HTC HD7S, an Exciting Addition to the Windows Phone Portfolio

The LG Thrill 4G will be exclusive to AT&T customers and reach AT&T stores in the coming months.  Running the first dual-core, dual-channel 1 GHz processor in the U.S. and based on the Android 2.2 platform, LG Thrill 4G will be among the first to deliver a glasses-free 3D experience to U.S. customers and will allow users to shoot 3D video and 3D stills with the dual 5-megapixel stereoscopic camera.  In addition to apps and games from Android Market, LG Thrill 4G will offer 3D content via the “LG 3D Space,” which houses 3D games, video clips and images for quick, convenient access.

Preloaded with 16 GB of memory (8 GB onboard plus an 8 GB MicroSD card), the LG Thrill 4G will record 3D video at 720p resolution and 2D at 1080p quality.  The smartphone will be able to play video back in high definition through the HDMI-out port on the device or stream content wirelessly through DLNA technology.

The HTC HD7S will be the largest screen on a Windows Phone from AT&T and will include the latest version of Windows Phone software that offers many new benefits including the ability to copy and paste text.  A powerful 1 GHz processor will power the unique Windows Phone experience and any of the more than 10,000 applications available for download or purchase from Windows Marketplace. In addition, with the preloaded U-verse® Mobile application, qualifying AT&T U-verse customers can download and watch hit TV shows on their Windows Phone.  Non-U-verse customers can subscribe to U-verse Mobile for $9.99 a month and choose from a broad selection of programming to watch on their Windows Phone.  This new AT&T smartphone will be the first HD7 model from HTC in the U.S. with an improved super LCD high resolution display. The HTC HD7S will be available in company-owned AT&T retail locations and online at www.wireless.att.com in the coming weeks.