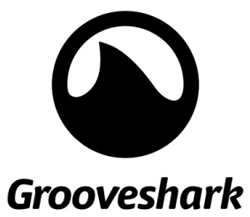 Google took action against music file sharing site GrooveShark today by yanking their app from the Android market. In a statement from Google, all that was said was, “We remove apps from Android Market that violate our policies,” this according to CNET.

And ironically, these actions are taking place on the same day that Google is testifying before a subcommittee that is investigating alleged traffic in pirated or counterfeit goods.

Hmmm… I wonder if the removal of GrooveShark from the Android app store will be brought up today?

Regardless, GrooveShark did respond to the actions taken by Google by releasing the following statement (here it is in full):

It is our full intent to get Grooveshark for Android back into the Android Marketplace, and we haven’t received any specific information from Google about what in the developers’ terms of service, exactly, we need to address to be re-admitted to the marketplace–only that Google received a letter of complaint from the RIAA.

As a user-sourced service, like YouTube, Grooveshark complies speedily with all DMCA requests to make sure that we operate within the law and respect the wishes of content owners. Unlike Apple’s iPhone ecosystem, Android is an open platform, and Google is traditionally a supporter of DMCA-compliant services–indeed, Google itself relies on the DMCA for the very same protection that Grooveshark does.

Grooveshark works night and day to develop new successes in the music industry, as well as pay the many content partners with whom we work. The current unavailability of our app is taking money from the thousands of hard-working labels, artists, and content partners who benefit from a share of Grooveshark’s mobile subscription revenue. We look forward to working with Google to get our app reinstated.