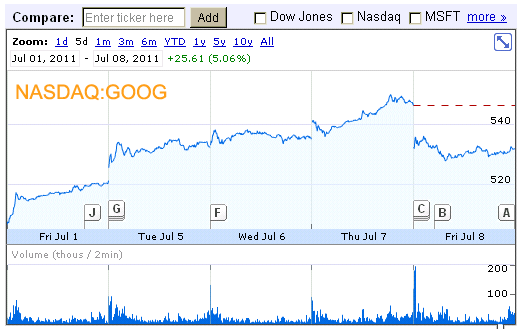 This means investors, although always measuring Google in regards to the search advertising revenue, see Google+ as adding a massive amount of value to the company.

This equates to a $20.6 billion gain to Google’s market cap (with 322.25 million shares outstanding).

Even better for Google is that Google+ is still in its infancy, running in a very limited beta release.