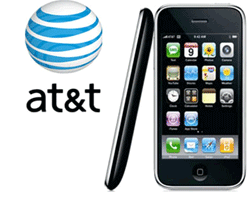 An anonymous AT&T employee sent a message to Gizmodo that said, “I’m an att employee and my boss just announced that vacation requests for the end of september will be denied due to an ‘event blackout’.

Historically the only time they’ve done this was for an iphone release. So we’re looking at the last two weeks of september,” said the source.

One sure way to gauge the future is to simply look at the past.  According to this AT&T employee, and according to actually unfoldings in the past, AT&T would black out vacation dates around the time the iPhone would be released.

This means, AT&T employees were forbidden to take any vacation days during a new iPhone launch.

September has long been the rumored release date for the Apple iPhone 5.  Except now we have inside leaked information from a direct employee of AT&T.

What do you think – is this a sure sign that we’ll see the iPhone 5 released during the last 2 weeks of September?

ASIANS CAN ACTUALLY READ MINDS!!!!!!!!!
they can hear and see what your visually thinking

try thinking, best yet visually picturing in your mind something something absolutely crazy as you possibly can when you are around asians, and try looking for asians who give people particular looks, especially dirty looks for what appears to be for completely no reason, that is them giving people looks when they hear and visually see someone thinking something they dont like, find funny or astonishing
it still happens despite a large number of them having completely expressionless faces all the time, it would just happen alot more if none of them had completely expressionless faces all the time, its not uncommon!

i know this sounds crazy, impossible, and completely unbelievable, BUT IT ISNT CRAZY WHEN ITS TRUE

you have to spread the message!!!
the world has to know about this!!!!