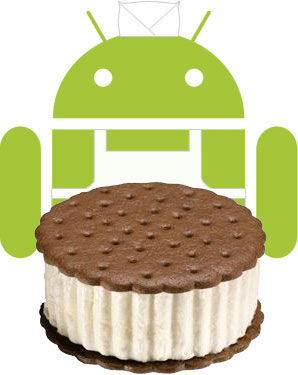 The next Android release called Ice Cream Sandwich is looking like it could be here by October, according to BGR.

The upcoming Android OS Ice Cream Sandwich is supposedly Google’s strategy to combat the massive psychological hold that Apple’s iPhone 5 is going to take on customers.

Google expects – and rightly so – that Apple’s iPhone 5 is going to be the most successful iPhone iteration to date.

And so the plan is that Ice Cream Sandwich will keep Android smartphone users in love with their Droid, and not drop contracts to go with the iPhone 5.

The problem has always been, and continues to be, that each new release of the Android OS forces some developers to re-write code for their apps.  And I would expect more of the same for Android’s Ice Cream Sandwich release.  This is something Google needs to get worked out, and soon, least Apple’s iOS completely runs away with the army of developers.