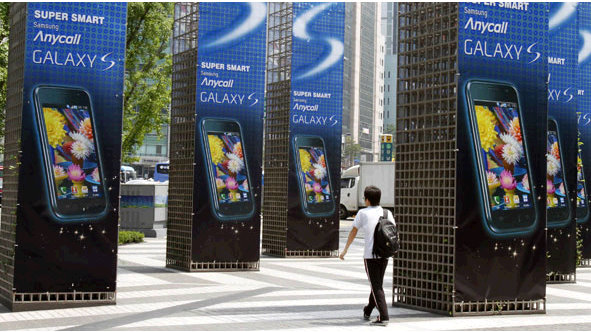 Despite Hurricane Irene rolling through New York City this weekend, the Samsung event in NYC went on where a a new Galaxy S II smartphone and Galaxy Tab 8.9 tablet were announced.

Samsung announced 4G LTE versions of its Galaxy S II smart phone and Galaxy Tab 8.9 tablet on Monday, but hasn’t yet said when the devices will hit the U.S.

The LTE versions of the devices will be capable of running on 4G LTE networks, such as Verizon’s 4G network in the U.S. The Galaxy S II is expected to launch in North America before Apple’s iPhone 5.

Samsung is hosting an event at this week’s IFA conference in Berlin, where it is rumored to announce stateside release dates and pricing.

The Galaxy Tab 8.9, featuring a screen resolution of 1280 x 800 pixels and Google’s Android Honeycomb OS, is essentially a small-screened version of the Samsung Galaxy Tab 10.1.