There was a lot of buzz around the fact that Lindsay Lohan would pose for the Playboy centerfold.  After her rocky roads, drugs, rehab, it was shocking to everyone that Playboy chose Linsday Lohan to appear on the cover.  But then again, when you think about it, look at all of the attention she and Playboy are both getting.  Lindsay’s mother was insistent that the pictures were done as tastefully as possible, especially given her past.   Well, if you’re curious, a  picture of the Playboy Cover of Linsday Lohan January/February 2012 has leaked.  Of course it’s just the cover, but it looks good considering what she’s been through!  What do you think the inside of the cover looks like? 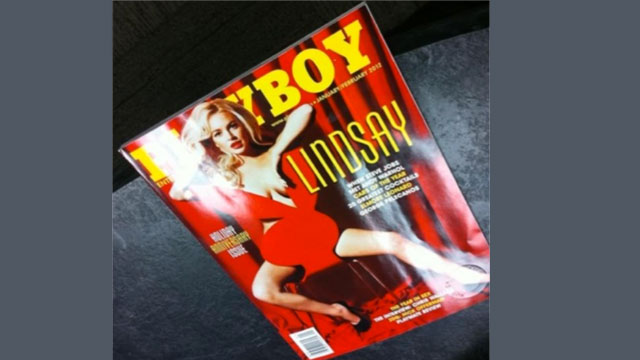