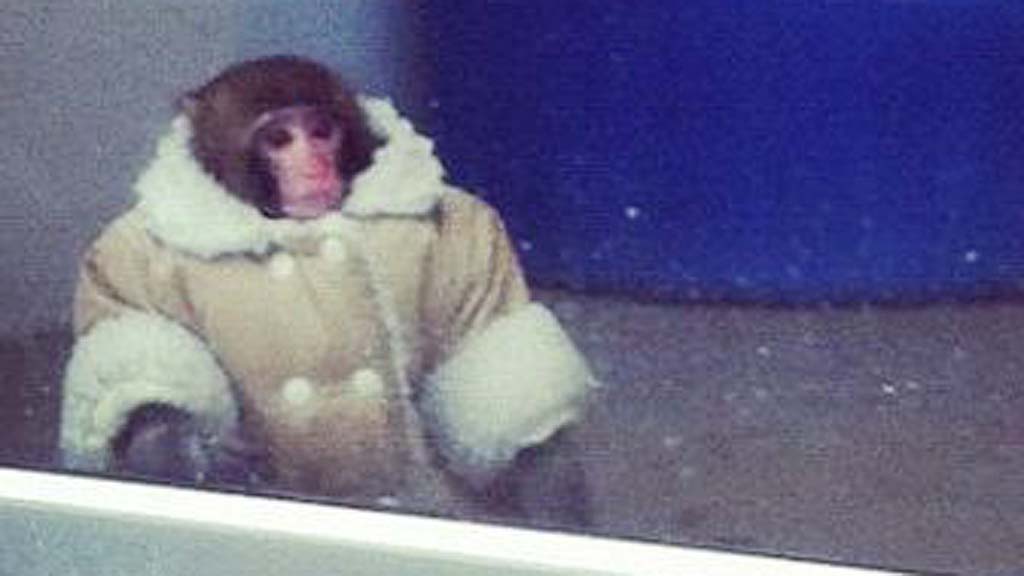 A monkey wearing a faux fur coat was found wandering around the parking lot of Ikea in the Toronto area.  Officials believe the monkey facilitated his own escape, opening his crate and fleeing from his owner’s car at the Ikea parking lot in North York at around 2 p.m. Sunday. He spent about 30 minutes wandering around the lot in a coat and diapers before he was captured by Toronto Animal Services and taken to a shelter.  Apparently his current owners gave him up to a sanctuary after the monkey became the “famous ikea monkey“. 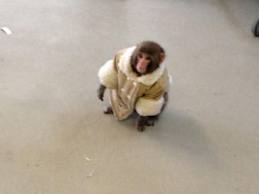 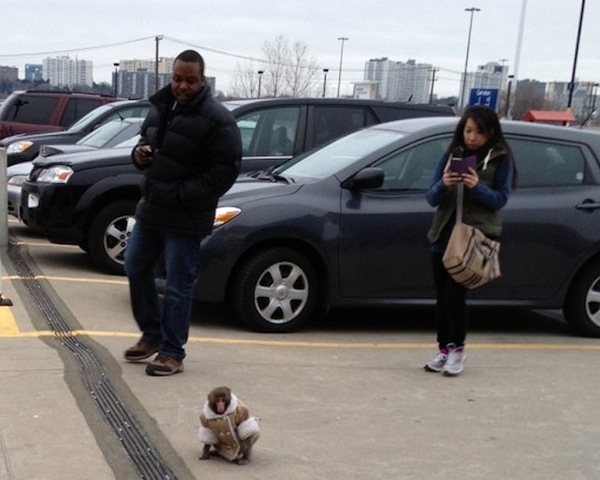