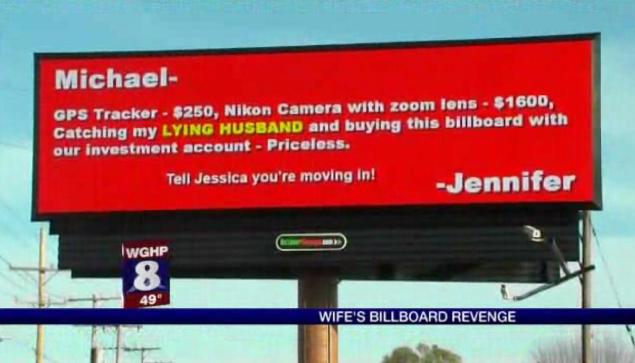 A digital billboard popped up in Greensboro, N.C. shocking the community as well as the internet.  The cheating billboard has gone viral, however don’t believe everything you read.  Apparently some reports are suggesting the cheater billboard is just a marketing technique from a frozen yogurt company called yodaddy.  They think it’s a marketing ploy because a previous message read, “Jessica – Meet me at Yo daddy’s at 7:00 p.m. for some wine therapy -Jennifer.”

Here’s what the billboard says: