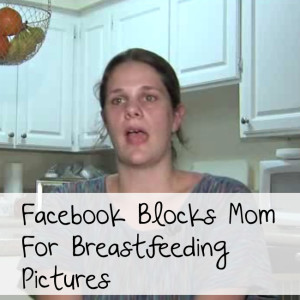 Facebook blocked a mom for uploading breastfeeding photos to her page in order to help other mothers.  According to reports, Kristy Kemp was running a support site called “Breastfeeding Mama Talk,” which has around 4,300 fans.  One of her fans uploaded a breastfeeding photo and since then Kemp has been blocked from running her Facebook page.  There is now backlash from many fans saying that breastfeeding is nowhere similar to pornographic material.

Kemp has told Fox 40: “It’s not right. I’m trying to do good for mothers and I’m getting kicked off for posting pictures of the most beautiful act a mother can do her for kid. It’s not right.”

Apparently after Kristy was locked out for a 24-hour period, she uploaded another photo of a mom breastfeeding her baby. 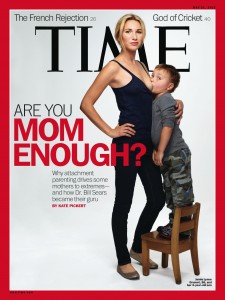 Breastfeeding has always been one of those taboo subjects where it’s offensive to a lot of people.  Not too long ago there was a Time magazine cover with a woman breastfeeding her son that caused a lot of controversy.

What do you think?  Is Kiristy Kemp’s breastfeeding page pushing it?  I do think the Time cover was shocking and attention seeking, but the Facebook page seems like it was just a helpful learning resource for mothers.

One reply on “Facebook Blocks Mom for Breastfeeding Photos”

This is BS. Mother’s milk is the best milk a child can ever have. It’s the main reason why women have breasts. I see nothing wrong with this and Facebook should be ashamed for this policy.