Pinterest just released interactive maps, so you can now geo target your Pin’s.  After clicking on their example I could see how it may be useful.  Probably not something all of us will use, but it’s a cool feature to get people to start uploading their own photos to Pinterest rather than re-pin others.

After checking out the examples, I clicked on a board that showed a bunch of geo targeted markers.  After clicking on the marker, the application brings you to the pin it relates to.  Kind-of cool. 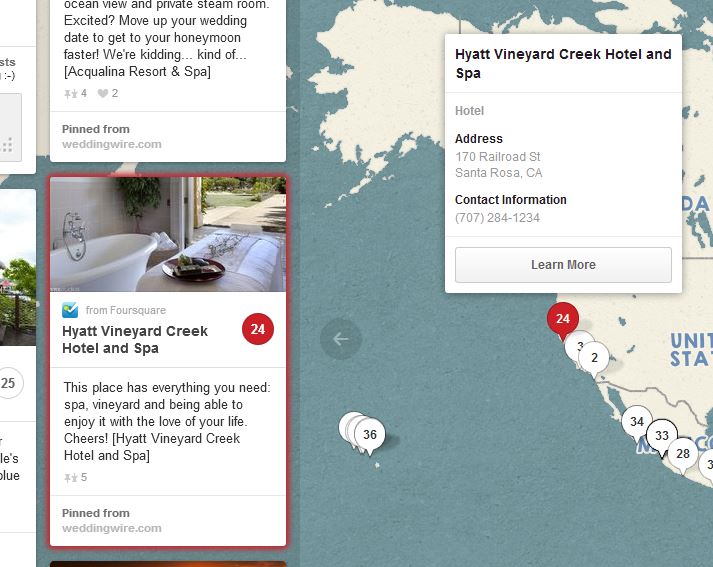 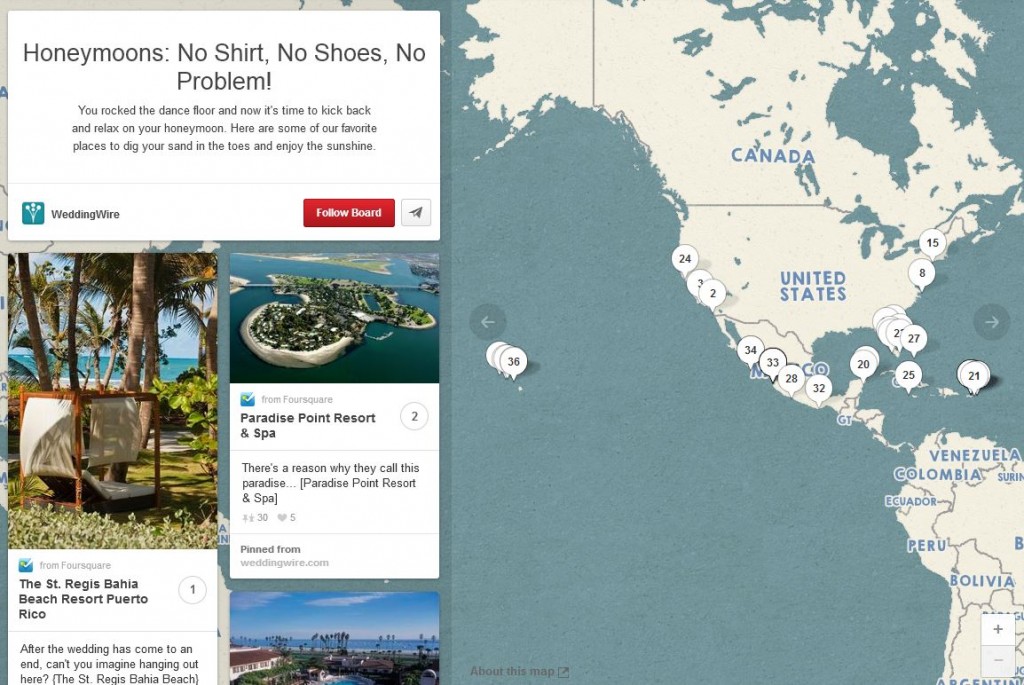