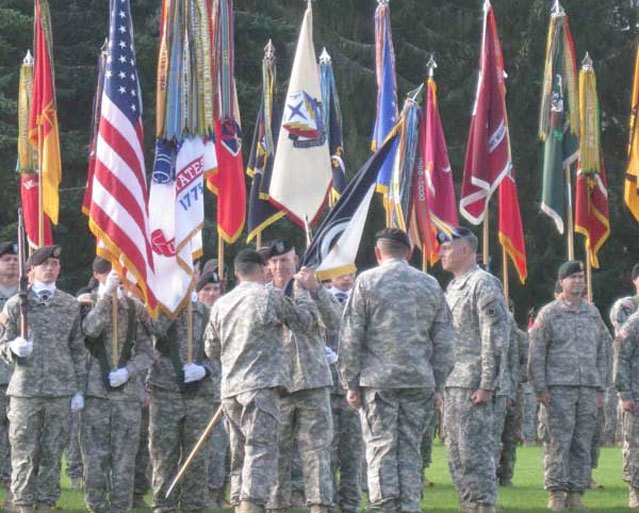 The following is a transcript of outgoing company commander Capt. Vince Miller’s change of command speech:

Good morning everyone. I’d normally begin with our unit motto, but after two and a half years of starting every meeting and discussion with it, I just don’t think I can stomach it anymore. So I’ll say good morning like a normal human being.

I should probably thank my battalion commander for the opportunity to command this company over the last few years, in both combat and garrison, but I think I’d rather go out into the parking lot and key his car for saddling me with the greatest collection of idiots, malingerers, and criminals that have ever walked the face of this earth.

You’ll notice my wife and daughters aren’t here sitting in the audience today. That’s because Sheila left me six months ago when I had to skip our 10th anniversary trip to Jamaica so I could come in on a Sunday for unit PT, since one of you dipshits decided to go out and get his third DUI.

I wasn’t allowed to go to marriage counseling last year when our relationship was on the rocks because the commander had said that soldiers were the priority. So instead I gave my slot to Private Steadman and his former prostitute wife who he met on R&R in Brazil the month prior. Once they got back, she took all his money and Steadman killed himself. So thanks for that.

Do any of you morons have any clue how much paperwork it causes when you blow your sad little heads off? At least have the courtesy to go AWOL first. But for fuck’s sake don’t come back for at least 30 days so I can drop you off my books and let someone else deal with the meatsack of failure that is your existence.

This would now be the part of the speech where I talk about our glorious combat achievements. Too bad, there’s nothing glorious about walking around Afghanistan for 12 months finding IEDs with your feet. Now I’m deaf in one ear, have almost a pound of shrapnel in my ass, and occasionally I wake up screaming for no fucking reason. But you know what? That doesn’t make me a goddamned hero. That was the worst part about coming back. Not my empty home, empty bed, or shattered dreams. No, it was listening to you fuckwads thump your chests and talk about how badass you all were. Did any one of you actually get a confirmed kill over there?  One?

I didn’t think so.

So in closing, let me say this. Thank you for the countless weekends I lost with my daughters because I had to deal with your trivial bullshit. Thank you for the two suicide investigations that forced me to cancel training events I’d planned for almost a year. And most importantly, thank you for the dishonesty, poor accountability, and outright theft of almost two million dollars in equipment, which is why I won’t be receiving another paycheck until February.

May God smite you all with the power of a thousand suns, and your souls be condemned to Hell for eternity.

And to the incoming commander. Good luck and God bless you for making such terrible life choices.

There’s a bottle of scotch in the third drawer of my desk. You’re going to need it.

I hate you all.