So if you’re one of the roughly 21,000 new members that join Twitter each day, you’ve got some new themes to chose from.

Twitter posted on their blog bout four new themes they’ve added to their collection of standard themes.  Bringing the total to 16 designs for your new Twitter profile.

Most Twitter users that are active, and have a growing audience, tend to customize their own themes.  Below is a screen shot where I’ve circled the 4 new designs: 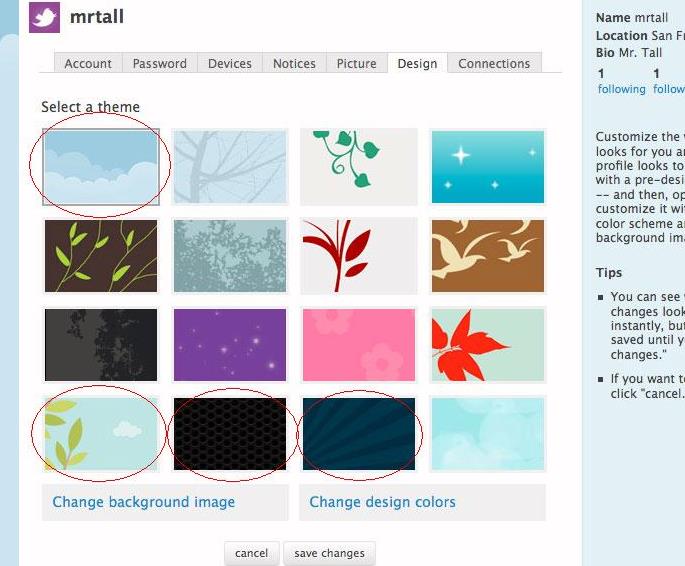