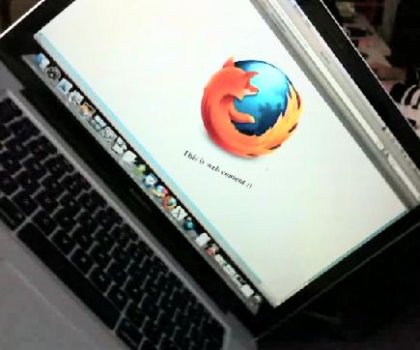 You all might be familiar with the cool iPhone feature where if you tilt the device on it’s side, the screen knows this and will rotate accordingly.

This orientation technology, known as “accelerometers” (read the Wikipedia article about accelerometers by clicking the link) has been a standard (and awesome) feature in the iPhone since it first came about over 2 years ago.

In fact, an entire industry if iPhone video games have been built with “accelerometer” technology as it’s foundation.  (think steering a race car by using your iPhone as the steering wheel!)

Well now this accelerometer technology is supposedely coming to the new version of Firefox – which would be Firefox 3.6.  So now you’ll have this “tilt orientation” technology right on your laptop!

“One new feature that we’re including as part of Firefox 3.6 is support for web pages to access machine orientation information if it’s available…  Many modern MacBooks and ThinkPads contain devices and drivers that expose this information. We’ve added support for Linux, Macs and some ThinkPads where drivers and devices are available.”