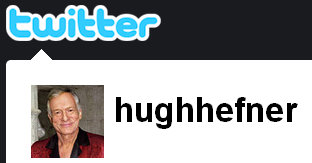 As much as I enjoy writing about Twitter here Social Media SEO, I’m also determined to offer fair and even coverage of all the different ways the Twitter is utilized – be it good, bad, or ugly!  So tonight I’m bringing you the news that Hugh Hefner announced via Twitter that his former girlfriend, Kendra Wilkinson was in labor with their son.

To be honest, I didn’t even know that Hugh Hefner had a Twitter profile.   Some quick Twitter Stats on Hugh Hefner:  161,295 followers, only following 2 people, part of 2,060 lists, and tweeted 697 times. 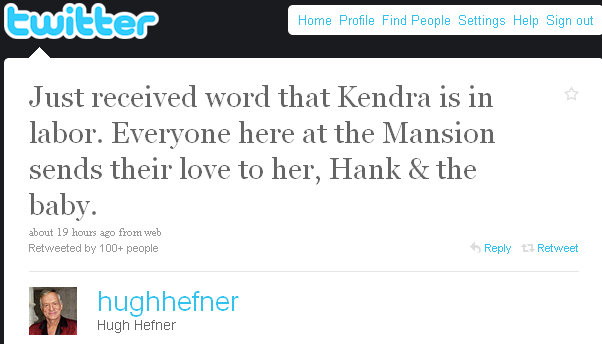