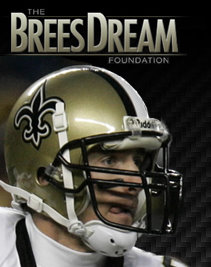 Drew Brees announced yesterday via his Twitter profile that he will be King of Bacchus for Mardi Gras, Feb. 14, 2010.  The popularity and excitement around Drew Brees has exploded this year as the New Orlean Saints head into Sunday with a 12-0 record.

The Bacchus parade is set to roll Feb. 14, two days before Mardi Gras and a week after the Super Bowl. .

“I have just accepted an invitation to be the King of Bacchus for Mardi Gras, Feb. 14, 2010. Hope to see everyone at the parade!”