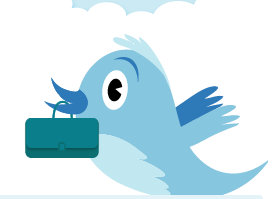 Throughout the year, Twitter has been discussing new services that will be geared specifically toward businesses.

One reason for this push has been the need to generate a revenue stream and business model for it’s Twitter service.

This new service will Twitter streams to include multiple authors and will show which specific user tweeted on behalf of the business or other organisation by adding a byline to the tweet.

Twitter explained the new feature on its blog:  “Contributors enables users to engage in more authentic conversations with businesses by allowing those organisations to manage multiple contributors. The byline allows users to know more about the real people behind organisations.

The feature appends the contributor’s username to the tweet byline, making the business to consumer communication more personal; e.g. if @Twitter invites @Biz to tweet on its behalf, then a tweet from @Twitter would include @Biz in the byline so that users know more about the real people behind organizations.

We can expect a lot more business services to be released from Twitter throughout 2010.  From what I’ve read, their investment money is dwindling fast, which means there’s a big push for Twitter to start making money.

What business models do you think we’ll be seeing from Twitter in 2010?