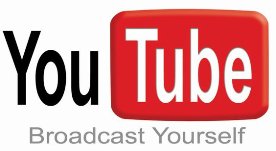 And now YouTube has just announced their own shortened URL – youtu.be

The Web Is Becoming More Social

All of these moves are geared specifically to facilitate more sharing of content.  Whether it’s video from YouTube, or updates from friends on Facebook, the web is becoming more of social platform for content to distributed from its users.

And shortened URL’s facilitate this sharing by eleminating the long, arduous URL’s that are typically associated with domains.

Is it possible that the not only is the future of the web found in sharing, but sharing mostly over Twitter?