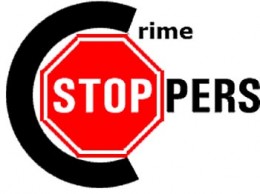 The different ways people are discovering to use social media seems to be evolving on a minute by minute basis.

People and organizations all over the world on finding new and creative ways to uses real time communication platforms such as Twitter and Facebook to help them achieve their objectives faster and more efficiently.

That’s exactly what the Ottawa, Cananda area Crime Stoppers service is going to do by moving online in an effort to get anonymous crime tips from a younger crowd.

The Crime Stoppers organizing in Ottawa no longer wants to rely on the old ways of trying to fight crime.  Old media outlets such as television does not seem to be producing enough tips for their likings!

The Ottawa area Crime Stoppers has taken the steps to open accounts on YouTube, Twitter and Facebook.  From CBC.ca, here’s more about the how the organization plans to use social media for fighting crime in Ottawa:

“It has solved 200 crimes this year using its traditional tactics, but Bergeron said it hasn’t been getting as many tips as it should: “Not everyone watches the news.”

The program is trying to reach all segments of society, he added, especially since younger people may know more about “the drug subculture” and urban vandalism.

Since it started posting YouTube videos on its website two weeks ago, Crime Stoppers has received a large number of tips about robberies.

Bergeron said Ottawa police are close to laying charges in a case where a couple allegedly used fake credit cards to buy thousands of dollars in groceries, thanks to a tipster who saw the video posted by Crime Stoppers on YouTube.

Crime Stoppers in Toronto and some U.S. cities saw their tips increase exponentially after they went online.”