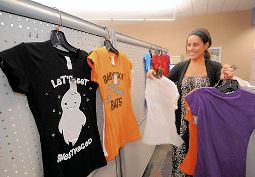 It’s great to here “good news” once in awhile in the mainstream news.  Today, the BEA (Bureau of Economic Analysis) is reporting that the United States economy grow faster than it has in the past 6 years, increasing at an annual rate of 5.7 percent in the fourth quarter of 2009.  This is great news for the economy, and for families that are struggling right now with finding jobs and making ends meet financially, especially in the middle class.

“It was an excellent report, but it’s not clear how sustainable this pace of growth is,” said John Ryding, chief economist at RDQ Economics. “We need numbers like this for the next two years, and I just don’t think we can achieve that.”

According to the New York Times, this is the biggest lift to economic activity came because businesses ran down their stockrooms at a much slower rate than they had earlier in the year. The change in inventories added 3.39 percentage points to the fourth-quarter change.