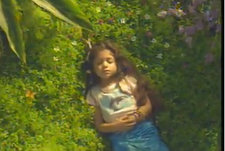 Here is a preview of the 3-D film that was created to supportMichael Jackson’s performance of “Earth Song.”  The song is about the future of the planet, and Jackson saw it as a unique opportunity to deliver a message to millions of people who would have seen him on tour.   The Michael Jackson tribute performance at the 52nd Annual GRAMMY Awards will feature this 3-D film, which has never before been seen by the public in its entirety.