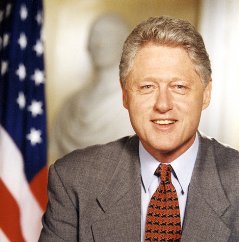 Last night, former President Bill Clinton was rushed to a hospital by ambulance to undergo emergency heart surgery.  This happened after Bill Clinton was complaining of chest pains throughout the day yesterday.

Hillary Clinton, wife of Bill Clinton and current US Secretary of State, flew to be with her husband at the hospital.

Clinton, who is now 63 years old, was already undergoing treatment for heart problems and in 2004 had received aquadruple-bypass operation. He had been currently waiting for an appointment at the Columbia Presbyterian hospital in New York.

Bill Clinton had presently been leading the US relief effort in aid of Haiti along with another former president, George W. Bush. A spokesman for Clinton said he aimed to continue his work there. The aide, Douglas Band, also said the ex-president was now in “good spirits” following the surgery.
For more on this item go to Mirror.co.uk.