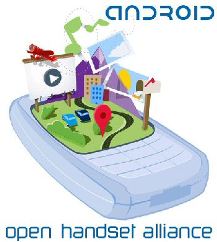 Google’s CEO Eric Schmidt just made a strong statement during his keynote speech at the MWC (Mobile World Congress) in Barcelona.  According to MobileCrunch, Eric Schmidt just said that Google and their hardware partners are now shipping 60,000 Android handsets.

Of course, the Android OS is running on multiple carriers such as Verizon, T-Mobile, and Sprint, and not to mention the various netbooks and hand held devices.

But still, 60,000 Android handsets per day is pretty strong.

As MobileCrunch pointed out, “that works out to about 5.4 million handsets per quarter, or 21.9 million per year. Not only that, but the rate seems to be growing fairly rapidly; according to Schmidt, the rate has nearly doubled over the last quarter.

Solely as a point of reference for the curious: Apple sold 8.7 million iPhones last quarter.”