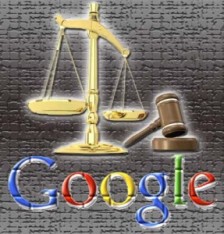 A Florida woman, Eva Hibnick, has filed a class action complaint in San Jose Federal Court alleging that Google has violated her personal data with Google Buzz.  This one filing has led to the pursuit of a class action lawsuit that could involve over 31 million Gmail users.

It’s because of this “automatic” follow / be followed functionality that the class action lawsuit is claiming a compromise of personal data.  But this gets even better!  The attorneys who are taking on the case want to include over 31 million users who also experienced the compromise of “personal data”.

“The legal complaint accuses Google of breaking various electronic communications laws, including the Computer Fraud and Abuse Act. The plaintiff is seeking injunctions to prevent the company from taking similar actions in the future, and unspecified monetary relief.”

And even though the plaintiff is seeking injunctions to prevent Google from doing such things in the future, there will more than likely be monetary damages sought as well.

However, Google isn’t a company known to just let people run over them.  What we can expect from this class action lawsuit is a long, drawn out legal battle that could very easily find it’s way to the highest courts in the land.  So I hope that the plaintiff, and their attorneys, are prepared for such events!