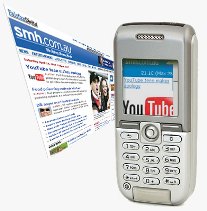 Everyone these days seem to be talking about the latest and greatest cell phone, or mobile device, that’s coming out.  Whether its a new Blackberry, or a “revolutionary” breakthrough like the iPad, we are inundated with “what’s next! in the mobile world.   Simultaneously, Google is blazing a new trail of mobile advertising.  In my view, there is only one logical conclusion to this whole thing – free mobile phones.

Think about it, Google has already built, and launched, their own mobile phone (Nexus One) that is running on Google’s own mobile operating system (Android).  The Nexus One is purposely designed to quickly and efficiently get you to the web, or engage with mobile web applications .

Why would Google be so inclined to spend billions of dollars on pushing this type of mobile technology to the market in such a short period of time?

1)  Everyone in the world will soon own a mobile phone, or some type of mobile device.  These devices will also come with data packages which will allow you to quickly access the web, and mobile web based applications.

2)  With people spending more time on their mobile devices, and in a lot of cases more time than they spend on computers, the mobile ad marketplace is virtually unlimited.

So why would I think that free mobile phones are coming?

Google gets paid by advertisers spending money on “pay per click” advertising through Google search, or through ad impressions on other content sites (i.e. a blog, news site, etc…)

In order to generate more exposure for advertisers, and revenue, Google has to figure out a way to get more people on the web via these mobile devices.

The best way to making this happen is by very simply giving mobile devices away for free, and then subsidize the cost with mobile ad revenue.

It’s really not too far fetched of an idea.

After all, Google already provides some of the most advanced web platforms in the world – all for free.  Take Google Analytics for example.  This powerful web analysis platform allows publishers to capitalize on what’s driving more traffic to their sites.  The data tells you what’s working so that you can push harder in those areas and in turn drive even more traffic to your site.

The more traffic generated to your site means more page impressions for the Google ads running on your site.  And the more ad impressions from an advertiser, the money Google gets.

So it only makes sense to be that free mobile phones are on their way.  It’s truly the best way get more people engaging on the mobile web and web applications.  Which in turn, generates more exposure for advertisers and more revenue for the advertising company (i.e. Google).