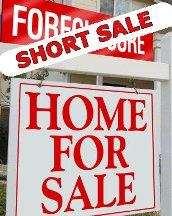 In an effort to end the foreclosure crisis, the Obama administration has been trying to keep defaulting owners in their homes. Now it will take a new approach: paying some of them to leave.

This latest program, which will allow owners to sell for less than they owe and will give them a little cash to speed them on their way, is one of the administration’s most aggressive attempts to grapple with a problem that has defied solutions.

More than five million households are behind on their mortgages and risk foreclosure. The government’s $75 billion mortgage modification plan has helped only a small slice of them. Consumer advocates, economists and even some banking industry representatives say much more needs to be done.

For the administration, there is also the concern that millions of foreclosures could delay or even reverse the economy’s tentative recovery — the last thing it wants in an election year.

Taking effect on April 5, the program could encourage hundreds of thousands of delinquent borrowers who have not been rescued by the loan modification program to shed their houses through a process known as a short sale, in which property is sold for less than the balance of the mortgage. Lenders will be compelled to accept that arrangement, forgiving the difference between the market price of the property and what they are owed.

The problem is highlighted by a routine case in Phoenix. Chris Paul, a real estate agent, has a house he is trying to sell on behalf of its owner, who owes $150,000. Mr. Paul has an offer for $48,000, but the bank holding the mortgage says it wants at least $90,000. The frustrated owner is now contemplating foreclosure.

Under the new program, the servicing bank, as with all modifications, will get $1,000. Another $1,000 can go toward a second loan, if there is one. And for the first time the government would give money to the distressed homeowners themselves. They will get $1,500 in “relocation assistance.”

Should the incentives prove successful, the short sales program could have multiple benefits. For the investment pools that own many home loans, there is the prospect of getting more money with a sale than with a foreclosure.

For the borrowers, there is the likelihood of suffering less damage to credit ratings. And as part of the transaction, they will get the lender’s assurance that they will not later be sued for an unpaid mortgage balance.

For communities, the plan will mean fewer empty foreclosed houses waiting to be sold by banks. By some estimates, as many as half of all foreclosed properties are ransacked by either the former owners or vandals, which depresses the value of the property further and pulls down the value of neighboring homes.

If short sales are about to have their moment, it has been a long time coming. At the beginning of the foreclosure crisis, lenders shunned short sales. They were not equipped to deal with the labor-intensive process and were suspicious of it.

The lenders’ thinking, said the economist Thomas Lawler, went like this: “I lend someone $200,000 to buy a house. Then he says, ‘Look, I have someone willing to pay $150,000 for it; otherwise I think I’m going to default.’ Do I really believe the borrower can’t pay it back? And is $150,000 a reasonable offer for the property?”

Last year, short sales started to increase, although they remain relatively uncommon. Fannie Mae said preforeclosure deals on loans in its portfolio more than tripled in 2009, to 36,968. But real estate agents say many lenders still seem to disapprove of short sales.

Under the new federal program, a lender will use real estate agents to determine the value of a home and thus the minimum to accept. This figure will not be shared with the owner, but if an offer comes in that is equal to or higher than this amount, the lender must take it.

Mr. Paul, the Phoenix agent, was skeptical. “In a perfect world, this would work,” he said. “But because estimates of value are inherently subjective, it won’t. The banks don’t want to sell at a discount.”

There are myriad other potential conflicts over short sales that may not be solved by the program, which was announced on Nov. 30 but whose details are still being fine-tuned. Many would-be short sellers have second and even third mortgages on their houses. Banks that own these loans are in a position to block any sale unless they get a piece of the deal.

“You have one loan, it’s no sweat to get a short sale,” said Howard Chase, a Miami Beach agent who says he does around 20 short sales a month. “But the second mortgage often is the obstacle.”

Major lenders seem to be taking a cautious approach to the new initiative. In many cases, big banks do not actually own the mortgages; they simply administer them and collect payments. J. K. Huey, a Wells Fargo vice president, said a short sale, like a loan modification, would have to meet the requirements of the investor who owns the loan.

“This is not an opportunity for the customer to just walk away,” Ms. Huey said. “If someone doesn’t come to us saying, ‘I’ve done everything I can, I used all my savings, I borrowed money and, by the way, I’m losing my job and moving to another city, and have all the documentation,’ we’re not going to do a short sale.”

But even if lenders want to treat short sales as a last resort for desperate borrowers, in reality the standards seem to be looser.

Sree Reddy, a lawyer and commercial real estate investor who lives in Miami Beach, bought a one-bedroom condominium in 2005, spent about $30,000 on improvements and ended up owing $540,000. Three years later, the value had fallen by 40 percent.

Mr. Reddy wanted to get out from under his crushing monthly payments. He lost a lot of money in the crash but was not in default. Nevertheless, his bank let him sell the place for $360,000 last summer.

“A short sale provides peace of mind,” said Mr. Reddy, 32. “If you’re in foreclosure, you don’t know when they’re ultimately going to take the place away from you.”

Mr. Reddy still lives in the apartment complex where he bought that condo, but is now a renter paying about half of his old mortgage payment. Another benefit, he said: “The place I’m in now is nicer and a little bigger.”

This story originally appeared in the The New York Times