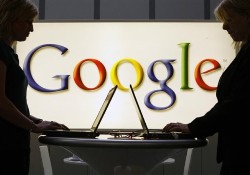 EPIC (Electronic Privacy Information Center) is reported to have filed a complaint with the FTC claiming that Google Buzz, Google’s real time collaboration tool, engaged in unfair and deceptive practices.

The EPIC filed complaint goes on to read – and perhaps makes the most profound statement in the complaint – that Google has in fact violated federal wiretap laws.

Even if you are Google – the last thing in the world you need to do is have someone file an official complaint against you for violating federal wiretap laws.

EPIC has opened up a big can worms with Google, and it’s unclear right now how this situation is going to unfold.

When Google Buzz launched back in February, Google was instantly criticized for involuntarily sharing personal profile information of Gmail users.

This brought on an onslaught of customer complaints that Google was thrown into defense mode and started scrambling to make adjustments to Google Buzz.

It will be interesting to see what comes of the EPIC Google complain.