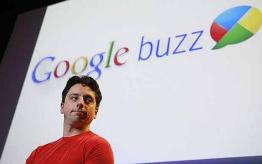 Upon signing into Gmail for the first time, and launching Google Buzz, users were instantly following and being followed by contacts. This happened all without the direct consent of the users.

The result of this Google Buzz disaster was a week of frantic privacy policy updates from Google in reaction to customer complaints – if you will.

Upon opening up Google Buzz, Google will ask users to confirm (or change) their Buzz settings. This rollout will be gradual, so don’t be surprised if you don’t see it yet. Eventually, ever Google Buzz user will prompted to change (or confirm) their Buzz settings. Again, this will occur when you are have logged into Gmail and then clicked the Buzz tab. 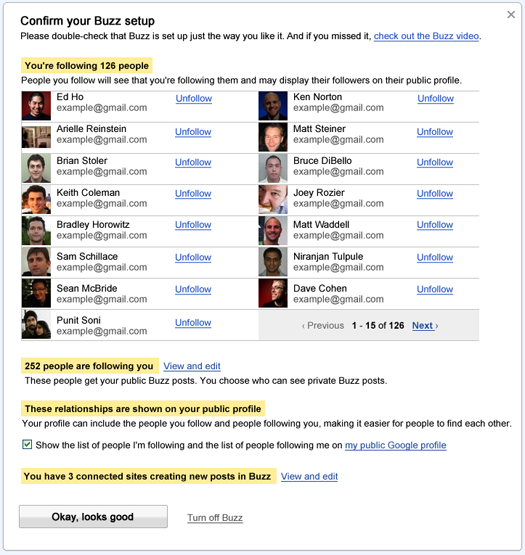 Has anyone received the Google Buzz privacy reset yet?