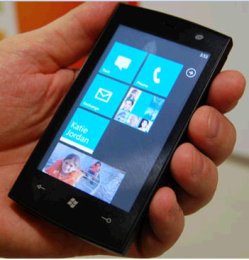 Microsoft is making moves to establish themselves as a major player in the smartphone market place, and one of those moves is to rename the Windows Phone 7 series.

Microsoft has made the decision to rename their new Windows Phone 7 Series. Apparently, they are getting ready for a strong mobile phone / smart phone initiative.

Along with this new initiative, Microsoft believes they need a new name for their Windows Phone 7 Series. So they are changing the name to just Windows Phone 7.

Anyway, along with changing the name to Windows Phone 7, Microsoft has sent out invitations to San Francisco on April 12th. This sounds like a play straight from the Apple / Steve Jobs playbook.

Despite the change of Windows Phone 7’s name, it is being reported that developers are getting interested.

Smartphone connoisseur HTC has announced large support for the new OS, after running for a while with Android. Microsoft is also working on a new app store, designed for phones running the latest and greatest in mobile platforms.