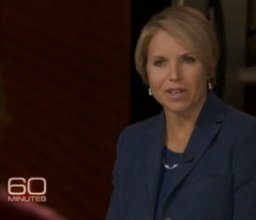 60 Minutes’ Katie Couric sat down with a group of individuals, mostly college students, to talk about their use of a drug called Adderall.

What is Adderall and why are so many young college students interested and captivated – and also some extremely addicted – to this mystery drug called Adderall that up until now, very few people have ever heard of?

First, let’s talk about and answer the question What is Adderall?

According to Drugs.com, Adderall is a central nervous system stimulant. It affects chemicals in the brain and nerves that contribute to hyperactivity and impulse control.

During the Katie Couric interviews in the video below, one person she spoke to was talking about the dangers of Adderall, and specifically how addictive Adderall can be.

She said at one point that Adderall can become as addictive as drugs such as cocaine.

What about the side affects of Adderall? Obviously, Adderall is not safe to be taking without a prescription and a diagnosed symptom for Adderall to tread.

So what are the potential dangers and side affects of Adderall?

Based on the studies ofAdderall XR (a long-acting version of Adderall), the most common side effects included:

So what’s the big deal then with Adderall and what did some people who used to pop these pills now saying?

Below is the Katie Couric interview portion that was covered during the 60 Minutes segment:

One reply on “Adderall, Adderall Side Effects, & ’60 Minutes’ Video”