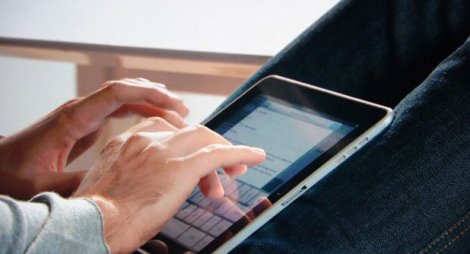 With now officially confirming the iPad 3G shipping date of April 30th, you can now “officially” start getting excited about receiving your new iPad 3G.

However, there are still literally millions of iPad 3G buyers out there who didn’t take the leap initially to pre-order the iPad 3G and might be wondering about the pricing of the device itself, and the associated AT&T data plan.

So I’ve put together this little cheat sheet to help you see, all in one neat little place, the entire details regarding the iPad 3G pricing, and the associated 3G data plan that is being offered exclusively by AT&T.

Below is the most up to date iPad 3G pricing for the device itself, and the iPad 3G data plan.

If you order online through Apple.com, then also remember that the shipping is free!

Here it is – the full details of the iPad 3G and data plan pricing: 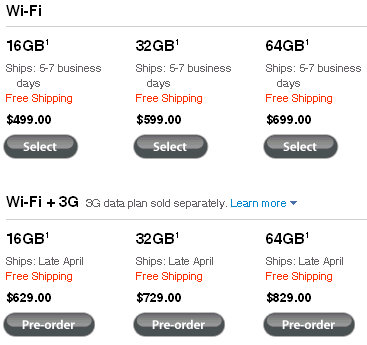 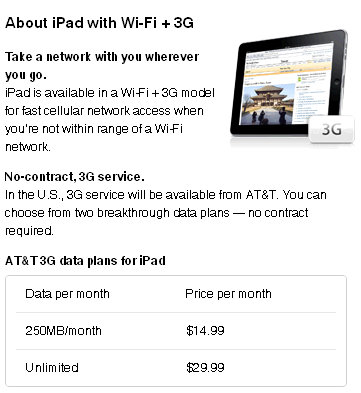