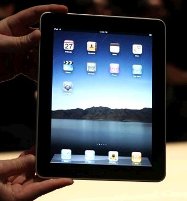 The widely discussed iPad 3G release and shipping date has finally been cleared up by Apple today. We no longer need to debate the issue of when the iPad will be released, and no longer do we need to share our iPad credit card invoices.

The iPad 3G is the more practical device, in my opinion, since it takes advantage of AT&T’s 3G data network. The Wi-Fi version is ok, but what about when you are in a Starbucks, for example, and you want to get on your iPad?  The only alternative you have is to pay their Wi-Fi charges.

Well with your iPad 3G, you no longer need to worry about paying for Wi-Fi Internet access. Just turn on the 3G and more than likely, if you are in somewhat of a larger metro area, you will be able to get on the web just fine.

CUPERTINO, California—April 20, 2010—Apple® today announced that the Wi-Fi + 3G models of its magical iPad™ will be delivered to US customers who’ve pre-ordered on Friday, April 30, and will be available in Apple retail stores the same day starting at 5:00 p.m.

iPad allows users to connect with their apps and content in a more intimate, intuitive and fun way than ever before. Users can browse the web, read and send email, enjoy and share photos, watch HD videos, listen to music, play games, read ebooks and much more, all using iPad’s revolutionary Multi-Touch™ user interface. iPad Wi-Fi + 3G models are just 0.5 inches thick and weigh just 1.6 pounds—thinner and lighter than any laptop or netbook—and deliver up to 10 hours of battery life for surfing the web on Wi-Fi, watching videos or listening to music, and up to nine hours of surfing the web using a 3G data network.*

Apple retail stores will offer a free Personal Setup service to every customer who buys an iPad at the store, helping them customize their new iPad by setting up their email, loading their favorite apps from the App Store, and more. US Apple retail stores are also hosting special iPad workshops to help customers learn more about this magical new product.

iPad will be available at the end of May in Australia, Canada, France, Germany, Italy, Japan, Spain, Switzerland and the UK. Apple will announce international pricing and begin taking online pre-orders for iPad on May 10.

Apple ignited the personal computer revolution with the Apple II, then reinvented the personal computer with the Macintosh. Apple continues to lead the industry with its award-winning computers, OS X operating system, and iLife, iWork and professional applications. Apple leads the digital music revolution with its iPods and iTunes online store, has reinvented the mobile phone with its revolutionary iPhone and App Store, and has recently introduced its magical iPad which is defining the future of mobile media and computing devices.