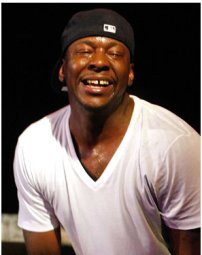 Bobby Brown Is Not Dead – Let The Rumors Die!

But let me make this crystal clear to you – Bobby Brown is not dead!

How do I know this?

Bobby Brown is currently on tour and performed Saturday night in New York City. His next show is scheduled for May 7th in Jacksonville, Florida.

If Bobby Brown was in fact dead, there would be something much more tangible as far as reports go about his death. We would see the news breaking on CNN, Fox News, and other reputable, national level news organizations – something besides just Twitter updates and bloggers like myself spreading the rumors and stories around.

So I would say that it is moreso because national news agency aren’t carrying or reporting the “Bobby Brown is Dead” story that it has to be a rumor, and should not be given any credibility.

This apparently isn’t the first time we’ve seen Bobby Brown is dead rumors hit the web. Not sure why people are so anxious for Bobby Brown to die, but the rumors have popped up before after his long silence on Twitter.

I mean really people… not everyone lives on Twitter every day of their lives.

10 replies on “Bobby Brown Is Not Dead – Let The Rumors Die!”

People have wayyyyy to much time on their hands these days, why start an awful rumor like this?

thats a dam shame for someone to lie about someones death. but whoever started this rumor,need to get a life of theyre own….cuz remember,whoever you are…the hole you dig for someone else,you'll fall in it face first…..

people need to stop spreading rumors that are not true….. they should be ashame of there selves…

people need to stop spreading rumors that are not true….. they should be ashame of there selves…

you need to mind your own bussiness…