After a grueling 8 hour Senate Hearing where US Senators hammered Goldman Sachs executives, there is more bad news coming down the Goldman Sachs pipe.

Reuters reported that U.S. federal prosecutors in New York have begun investigating The Goldman Sachs Group, Inc., raising the possibility of criminal charges against the Company or its employees. The investigation from the Manhattan U.S. Attorney’s Office ramps up pressure on Goldman less than two weeks after it was charged by the U.S. Securities and Exchange Commission with civil fraud for allegedly hiding information from investors about a mortgage-related security.

The news of a criminal probe by U.S. federal prosecutors in New York has sent Goldman Sachs shares (NYSE:GS) tumbling in afternoon trading. 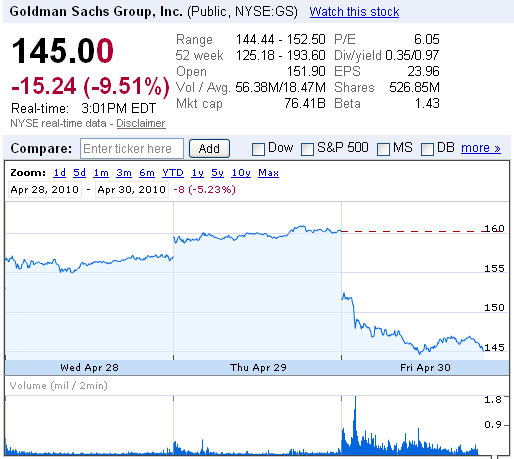