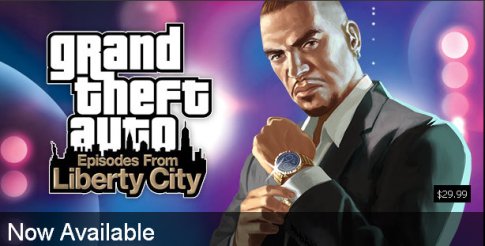 The popular gaming network called Steam, which allows it’s user to access and download over 1,100 games directly to their computers is now officially launched for the MAC, and MAC users.

According to Streams News Release, MAC users will be able to start downloading games each Wednesday, starting today May 12th, for their MACs.

MAC users can now access Steam’s fast growing inventory of online games, purchase them, and download and play them instantly on their MAC’s.

“We’re very excited to be bringing Torchlight to the Mac,” said Max Schaefer, co-founder of Runic Games, the company behind the title. “Having Steam for the Mac solves so many problems for us as a developer.”

Steam, which has around 25 million users, was launched in 2004, allowing PC owners to buy and download games to play on their computer. The library of games soon expanded, and there are now more than 1,000 titles available.

(find the headline for Steam For Mac)

On subsequent Wednesdays, additional collections of Mac titles will become available, each designed to highlight specific functionalities of Steam on the Mac.

The first collection of Mac titles will demonstrate “Steam Play,” which allows customers to purchase a game once and play it on all Steam supported platforms.

Portal, in addition to supporting Steam Play, will be the first of Valve’s Source engine based games available on the Mac. Native OS/X support for the Source engine is also available immediately to licensees for use in their games.

Among the initial titles available on Wednesday will be Runic Games’ critically acclaimed Torchlight. “We’re very excited to be bringing Torchlight to the Mac,” said Max Schaefer, co-founder of Runic Games. “Having Steam for the Mac solves so many problems for us as a developer. We look forward to our future games coming out on the Mac as well.”

In addition to bringing the online functionality of Steam to the Mac, Valve will also make its Steamworks suite of publishing and development tools available on the Mac platform. These include product key authentication, copy protection, auto-updating, social networking, matchmaking, anti-cheat technology, and more. The features and services available in Steamworks are offered free of charge and may be used for both electronic and tangible versions of games.

Runic Games has also confirmed that Stream will be available to Linus users in the coming months.

Stream features new releases, indie hits, casual favorites, and everything in between.

There is also a Steam community where you can talk non-stop, 24 hours a day about anything and everything relating to gaming.

I've been to Steam's page and they have nothing for mac users to download steam?
Where is it?

Here is Steam's news release – find the title for Steam For Mac:

Where can I download steam for Mac? It's not on the steam site?

false advertisement to get traffic, I'll never return to this site again due to this lousily tactic.

Here is Steam's news release – find the title for Steam For Mac:

It's not out yet. We speculate that it may be out in from 20 minutes to 4 hours or more.

Dude seriously. It's such a bag article you have here. Obviously you just want to get traffic and have no idea about what you are writing.

1) Steam for Mac is not released yet, but will be in a few hours.
2) Steam for Linux has nowhere been announced what so ever!
3) It's called Linux! and not Linus as you keep saying.
4) It's called Steam and not Stream!

I can't wait for stream to come to Linus! Anyone know when my commodore64 will be able to play stream?

Next time you write a story that something is "now available" you might check (a click or two with the browser, guys) to see whether it is in fact available.

Also, Steam for "Linus"? Will this follow the release of Steam for Snoopy?

Do you guys even look over what you write?